The Palace of the Grand Master is one of the many famous attractions of Rhodes. An impressive building that stands at the highest point of the Old Town and is visible to any visitor, who arrives by ship. A stunning destination with marvellous mosaic floors, paintings, armors and armour uniforms, It is a UNESCO World Heritage Site.

All the photos have been taken by me in July 2014

A brief history of the Palace

The story of the Knights Hospitaller in Rhodes begins in 1306. The Knights, under the command of the Grand Master Foulques de Villaret, arrived in the island and begun the war against the Byzantines. The conquest of the island took place in 1310 with the fall of the city of Rhodes. The island then became the administrative center of the Knights in the Aegean Sea for 212 years.

Foulques de Villaret was the first Grand Master from 1305 to 1319. His successor, from 1319 to 1346, was Hélion de Villeneuve, who established a mint and built stronger fortifications around the city of Rhodes. During the rule of the 35th Grand Master Jean de Lastic, Rhodes repelled an attack from the Mamluk army in 1444. However, Pierre d’ Aubusson (1423-1503), was the Grand Master, who leaves his mark on Rhodes and the Order of the Knights Hospitaller. Many buildings were built in the city under his rule, such as the Cathedral of St. John, the Grand Palace, the Knights Hospital, while its fortifications were strengthened and modernized. In 1480, Rhodes was besieged unsuccessfully for three months by the Ottoman Turks.

The fall of the island was finally made in 1522 by the army of Suleiman the Magnificent. The Knights Hospitaller and Philippe Villiers de L’ Isle-Adam, the last Grand Master of Rhodes (1521-1534), left for Crete in January 1523 with all the religious property of the Order. They left Crete for Italy, France and finally were moved in Malta in October 1530.

The Palace of the Grand Master is located on the northwest side of the Old Town. It was built in the 14th century AD in the place of the oldest Byzantine citadel of the 7th century AD. It is almost a square building with dimensions 80 × 75 m. The Palace has 158 rooms, but only 24 are open to the public. The rooms are decorated with furniture of 16th & 17th century and floor mosaics of the late Hellenistic, Roman and early Christian years. There are also statues from the Greek and Roman eras, carpets and vases from the Far East. On the first floor are the apartments of the Grand Master, the dining hall and the Great Hall of the Council.

Apart from being the administrative center of the Knights, the Palace of the Grand Master was also the seat of the ruling intellectual and social life of Rhodes. The main gate of the palace is on the south side, flanked by two imposing towers. On the north side there are underground rooms, that served as warehouses and shelter for the population in case of war. The Palace was destroyed by an earthquake in 1481 and have been repaired afterwards.

The Ottoman Turks conquered Rhodes in 1522 and used the Palace as their administrative center. An ammunition explosion destroyed most of it in 1856. The Italian occupation of Dodecanese lasted from 1911 to 1947. The Italian architect Vittorio Mesturino restored the damaged parts of the Palace. It was the summer residence of the King of Italy Victor Emmanuel III and of the dictator Benito Mussolini. The Dodecanese were transferred to Greece in 1947. The Palace of the Grand Master is now a museum, attracting thousands of visitors each year. 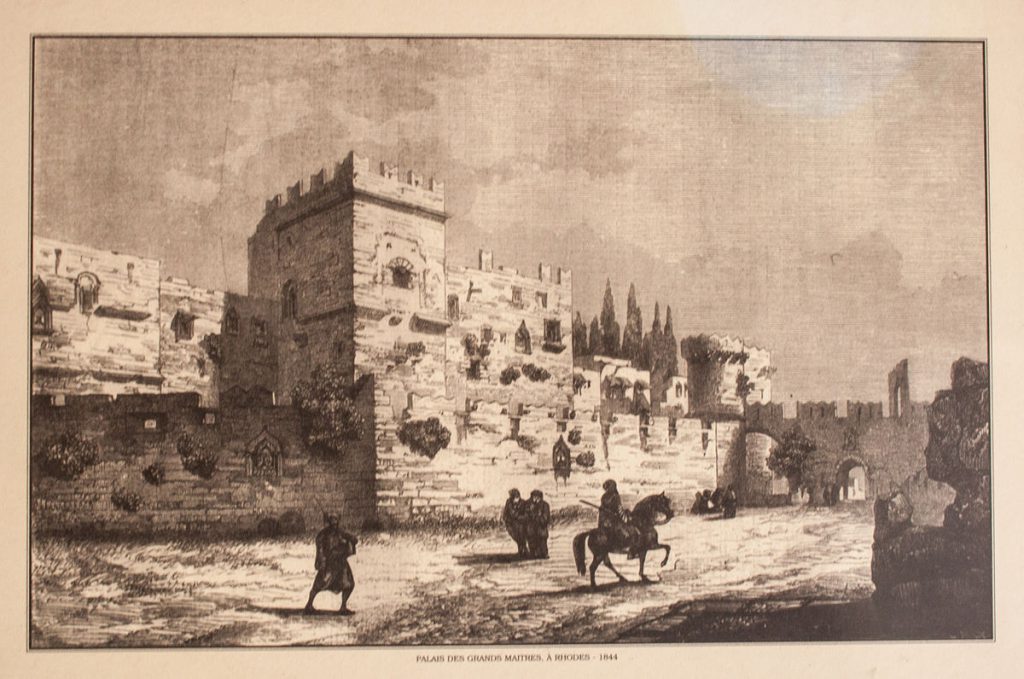 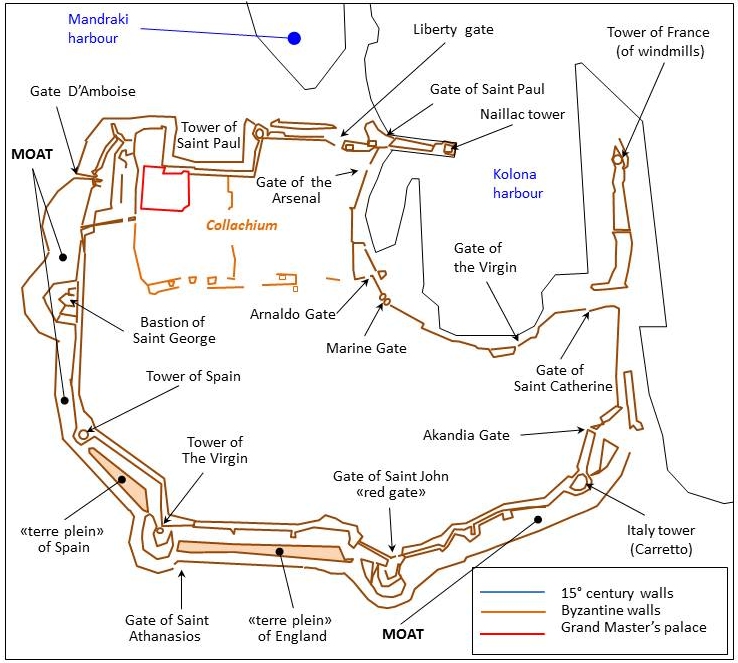